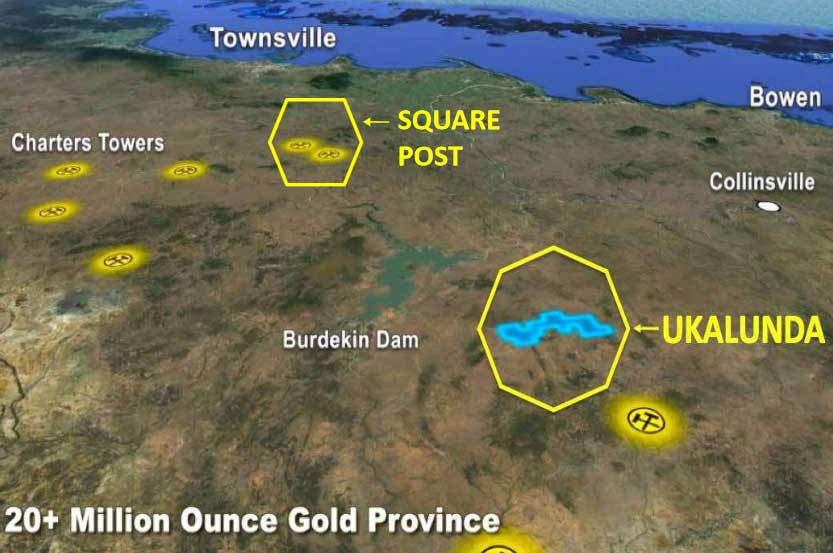 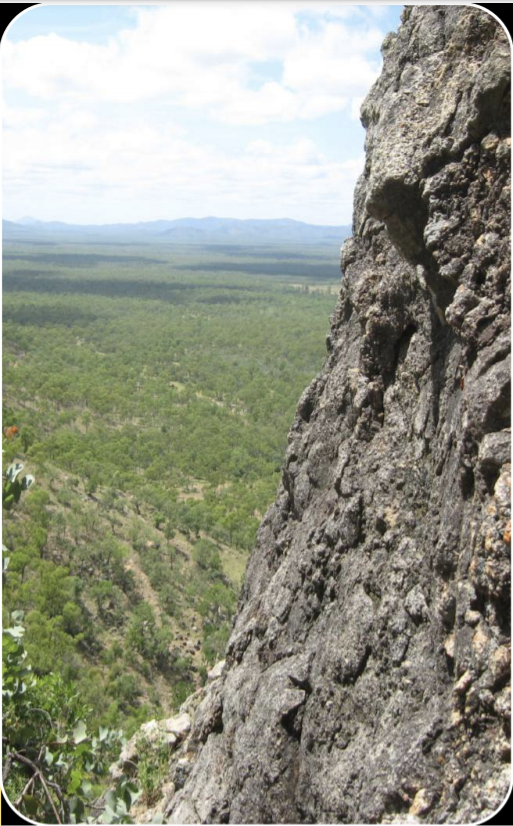 Permit EPM 18510 covers the edge of the southern arm of the Harvey Range which is a major feature rising from the coast plains in the East to 536 metres at Mt Sugarloaf. This range is deeply incised with a ‘‘V’’ shape along its eastern edge but sloping more gently to the west. The area is considered to be underexplored due to its rugged terrain.

The permit consists of 47 sub-blocks covering an area of around 168km2. Map to Mine have reported that the Square Post tenement is in good standing.

Assays in more recent years have confirmed the strong presence of gold in the system, including rock chip samples of 29.6g/t Au at Breccia Knob and 79.3g/t Au at Blue Doe.

Remarkably the Breccia Knob gold-silver prospect has not yet been drilled despite >1 M. oz breccia-hosted gold producers being present in the district. These intrusion related breccias are typically zoned from high silver near surface to high gold at depth.

Breccia Knob was mapped and sampled, establishing the high silver:gold ratio mineralisation with associated anomalous Zn, Pb, As, Bi, and Te. This confirms that the outcropping mineralisation is near the top of an intrusion-related system and suggests the potential for mineable gold ore at depth. Five drill holes are planned in this area – to a depth of 400m.